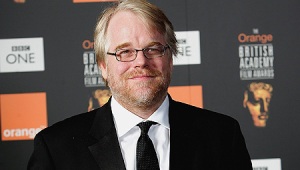 Now here is a crazy thing running around the rumour mill. Philip Seymour Hoffman is apparently in talks of playing Venom in the Spiderman franchise. Yay for having Venom apart of the rebooted franchise, but why have Mr. Hoffman play the part of Venom?

Of course this is just a rumour and I wouldn’t think that Hoffman would play Venom. If they were to cast Venom, it would have to be somebody a lot younger.

However if they take this Spiderman movie and mix it with the original marvel universe and Ultimate, then we could have Hoffman play a different role that is related to Venom.

In the Ultimate Universe of Spiderman, the alien mythos of the symbiote is dashed in favour of a more realistic approach. Peter Parker’s father and Eddie Brock’s father both created the symbiote suit as a way to cure cancer. If memory serves correctly it did work, however there is of course a side effect to it and we all know what that is. So seeing as how this is a rumour anythig is quite possible maybe Hoffman will be playing Eddie Sr? We won’t know for now, but I shall keep you posted. 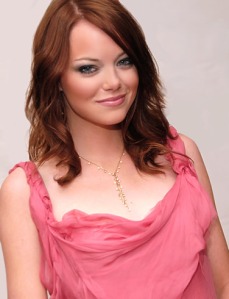 And in other news, it looks as though Emma Stone has accepted the part of Mary-Jane Watson for the next film.

Many actresses have auditioned for the role of MJ, but looks like Emma has won the part. Do we really need an MJ right now though? I know she’s supposed to be the love of Pete’s life and all that, but Petey has had other girly’s before meeting MJ. Why not stick to the comics and have Gwen Stacy (Spidey’s first girly) instead? In my opinion it would be a little more emotional and darker than all the other Spidey films, since this person was his first love and was someone he failed to protect. And aren’t they trying to make this reboot a little darker?

She was poorly mishandled in the last Spidey movie and I felt as though she was just thrown in to the mix of characters in that film, but I believe they can get her character right. Anyone with me on this?

In time we shall no more. Feel free to speculate!

This entry was posted on October 4, 2010 by blackn1ght. It was filed under Movies, News and was tagged with emma stone, mary jane, philip seymour hoffman, spiderman, spiderman 4, spiderman movie, spiderman reboot, venom.