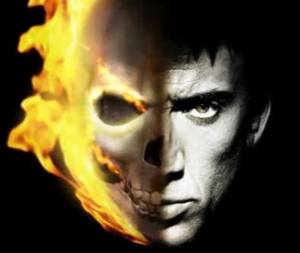 Well it looks like they are following through with this one. There had been some speculation that the Ghost Rider film from 2007 was getting a sequel and Nicholas Cage expressed his desire to reprise his roll as the chain wielding, flame-headed biker hero.

The next film will be entitled Ghost Rider: Spirit of Vengeance will begin shooting this fall. There is has been no release date confirmed as of yet, but I think we can expect it by the end of next year (2011) or the beginning of next (2012).

Let us hope and pray that this film will be better than the last. If it can work for Blade 2, then this film has hope…right?

This entry was posted on August 24, 2010 by blackn1ght. It was filed under Movies, News and was tagged with ghost rider 2, ghost rider sequel, ghost rider spirit of vengeance.